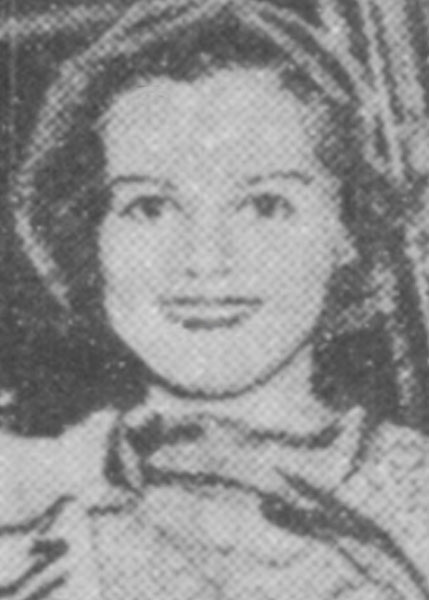 The photograph shows Billie Elwood as “Miss Texas” alongside “Miss Oklahoma”, “Miss Kansas” and “Miss Missouri” christening a train car at the St. Louis Union Station while en route to Atlantic City to participate in the Miss America Pageant in 1933.

It’s highly unlikely that the promotional director randomly chose Billie as “Miss Texas.”  No records have been found of a local competition being held to select Miss San Antonio America 1933 so we are assuming she was chosen Miss Texas because she previously held the Miss San Antonio title in 1932 in another pageant system.

There are no other names associated with San Antonio or Texas involving Miss America in 1933.  Billie Elwood was celebrated as a former titleholder during a Miss San Antonio pageant in the 1990’s and she is officially considered Miss San Antonio America 1933. 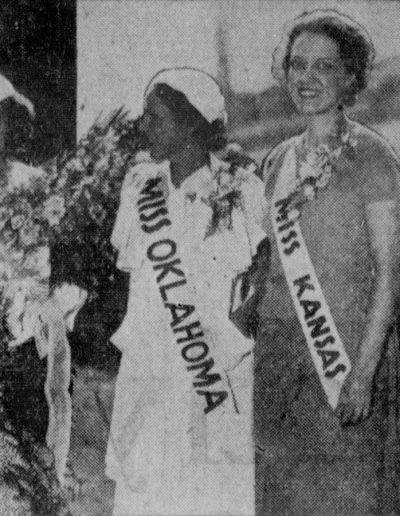 Billie Elwood, Miss Texas 1933, breaking the customary christening bottle on the side of the Stephen F. Austin deluxe lounge car for the Missouri-Kansas-Texas Lines. 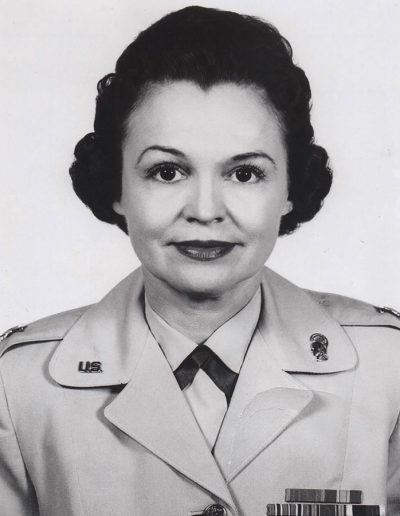 Billie Elwood Weinbrenner, retired a Major after 20 years of service in the WAC (Women’s Army Corps). 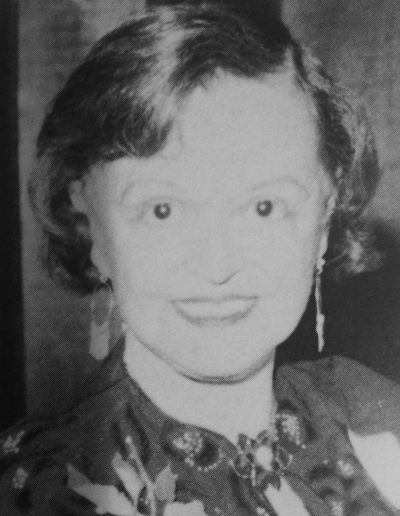 A photo of Billie Elwood taken in 1985 for the Miss San Antonio 60th Anniversary.