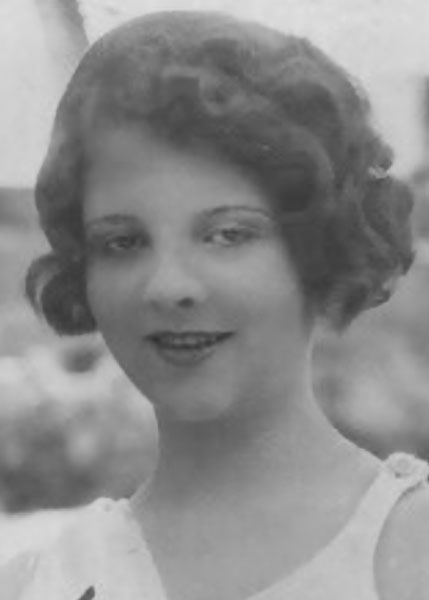 Even though the Inter-City Beauty Contest (Miss America Pageant) was discontinued in 1928 due to criticism from local religious and women’s groups, San Antonio continued crowning their Miss San Antonio.

A Bathing Beauty Revue was held in the Majestic Theater to select Miss San Antonio for the International Pageant of Pulchritude in Galveston, Texas.  Miss Anna Debrow won the title of Miss San Antonio 1928.

Ms. Debrow could have competed in Atlantic City if the contest had not been discontinued.  Because of this, her title was not associated with the Inter-City Beauty Contest (Miss America Pageant). 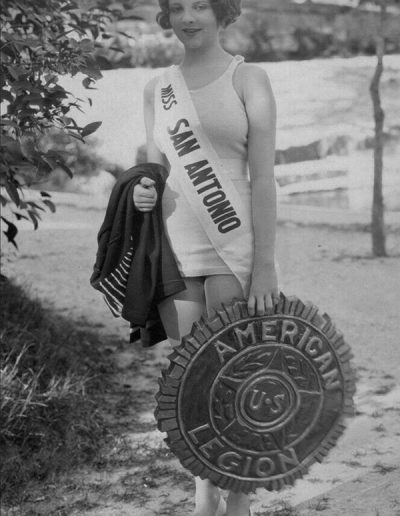 (Associated Press, 1928) This is a photo of Anna Debrow in her bathing costume. 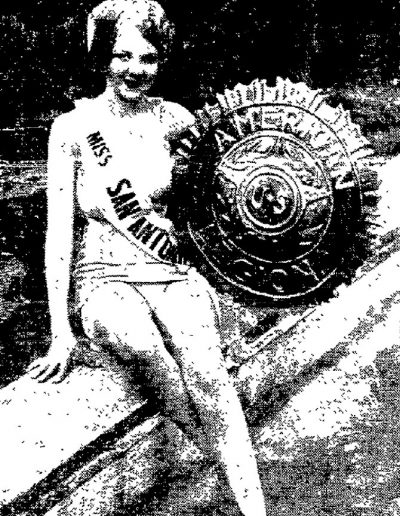 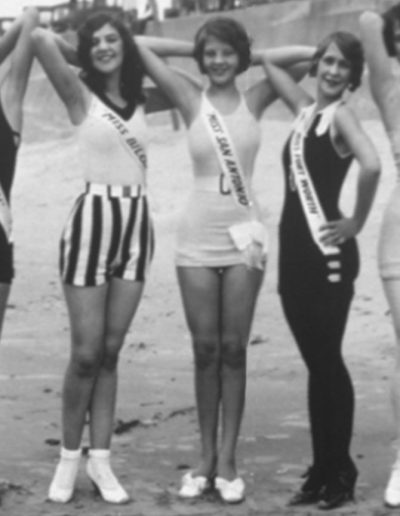 A clip of the a the 1928 group photo featuring Anna Debrow. 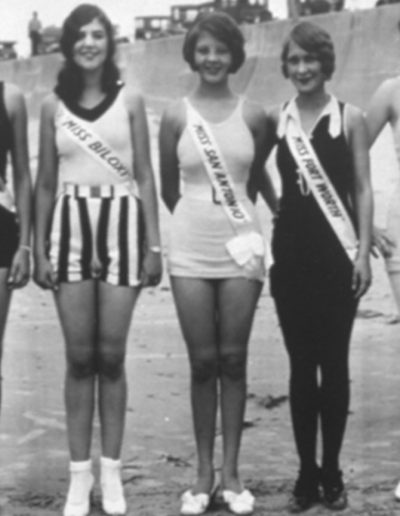 A clip of the a the official 1928 group photo featuring Anna Debrow.